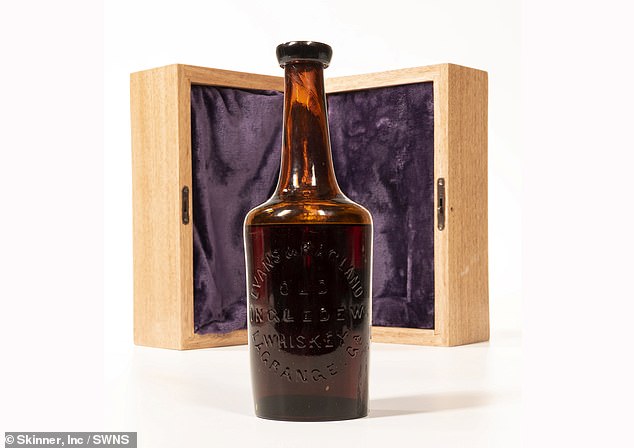 World’s oldest whiskey sells for $137,000: Only surviving bottle of Old Ingledew believed to have been produced in Georgia in the late 1700s and once owned by JP Morgan fetches huge sum at auction

By Adam Manno For Dailymail.Com

The world’s oldest whiskey distilled 250 years ago has been sold at auction for $137,000 – more than six times its initial estimate.

The Old Ingledew Whiskey was bottled in the 1860s, but the liquid inside is believed to be a century older, and once belonged to famous financier J.P. Morgan.

‘This Bourbon was probably made prior to 1865 and was in the cellars of Mr. John Pierpoint Morgan from whose estate it was acquired upon his death,’ reads a label on the back of the bottle.

Experts believe JP Morgan bought the bottle himself around 1900. It was later passed on to his son, who gave it to South Carolina Governor James Byrnes between 1942 and 1944 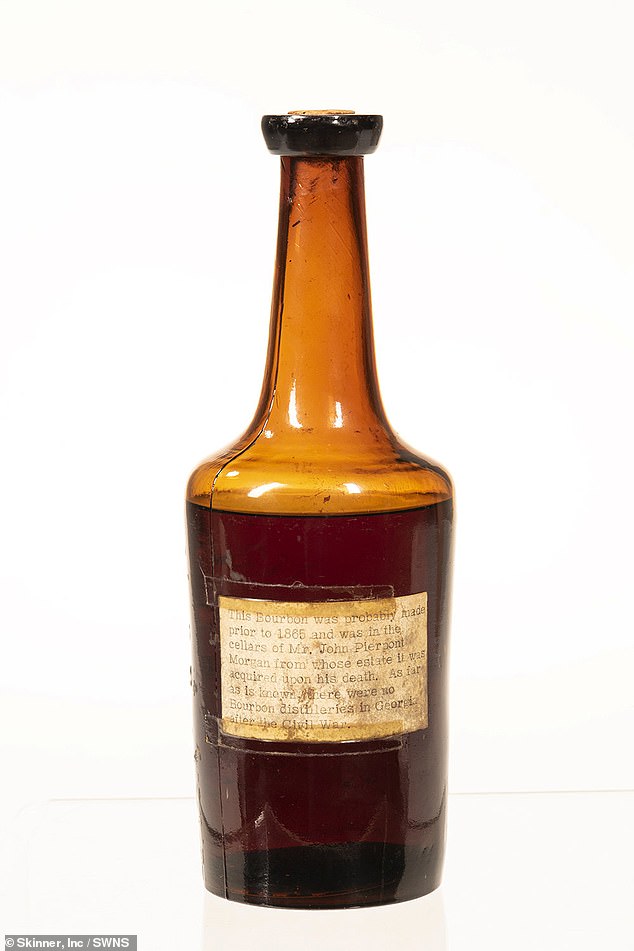 The 19th-Century bottle sold for 137K. It was bottled at a general store in Lagrange, Georgia 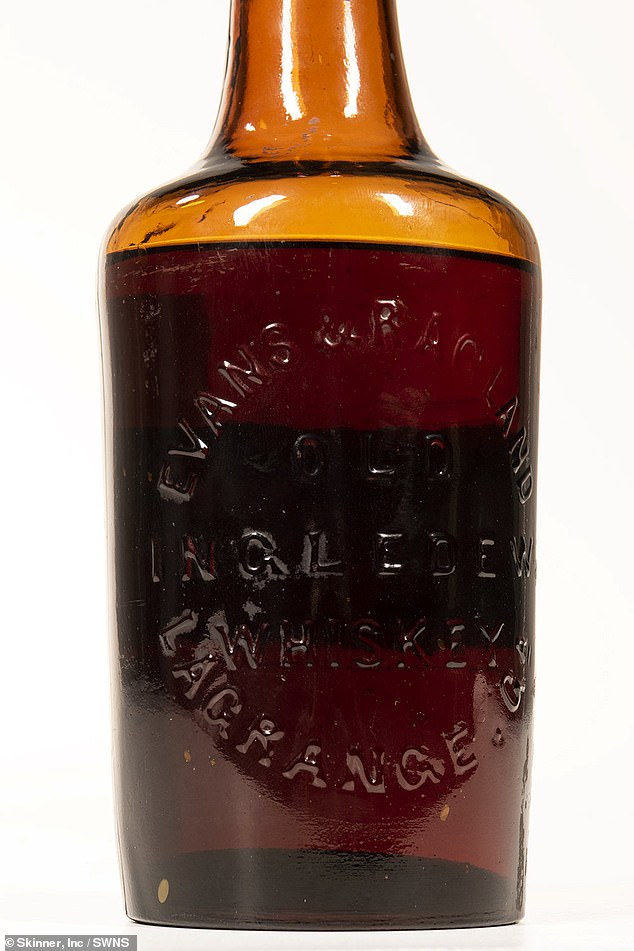 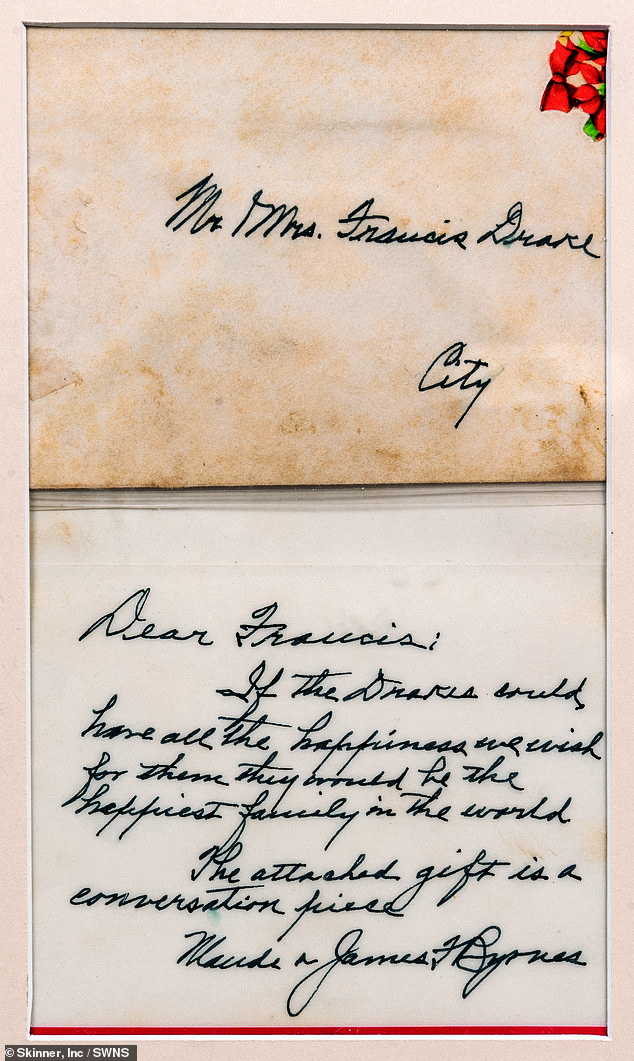 But the bottle was sold to The Morgan Library, a museum and research institution in midtown Manhattan, for $137,500, in an auction that ended on June 30.

The approximately 750ml vintage was corked by Evans & Ragland in Lagrange, Georgia, in the 1860s.

It is thought to be the only surviving bottle out of a set of three kept in Morgan’s cellar.

It is unlikely the over two-century-old liquor will still be drinkable, as whiskey tends to last about 10 years if unopened.

‘It is a fascinating story,’ Joseph Hyman, Skinner’s rare spirits expert, said in an interview with Barron’s. ‘The whiskey was not bottled at a distillery destroyed in the war, it is actually bottled by a general store, which is the same way the Scottish whiskey Johnnie Walker started.’

Experts think Morgan purchased the bottles himself on a trip to Georgia in the 1900s, before his son Jack Morgan gifted one to former South Carolina Governor James Byrnes between 1942 and 1944.

Two sister bottles are thought to have been given to former presidents Harry Truman and Franklin Roosevelt, a distant cousin of Morgan’s, at around the same time.

After leaving office in 1955, Byrnes then passed his unopened bottle on to close friend and English naval officer Francis Drake, who safeguarded it for three generations because his family only drank Scotch. 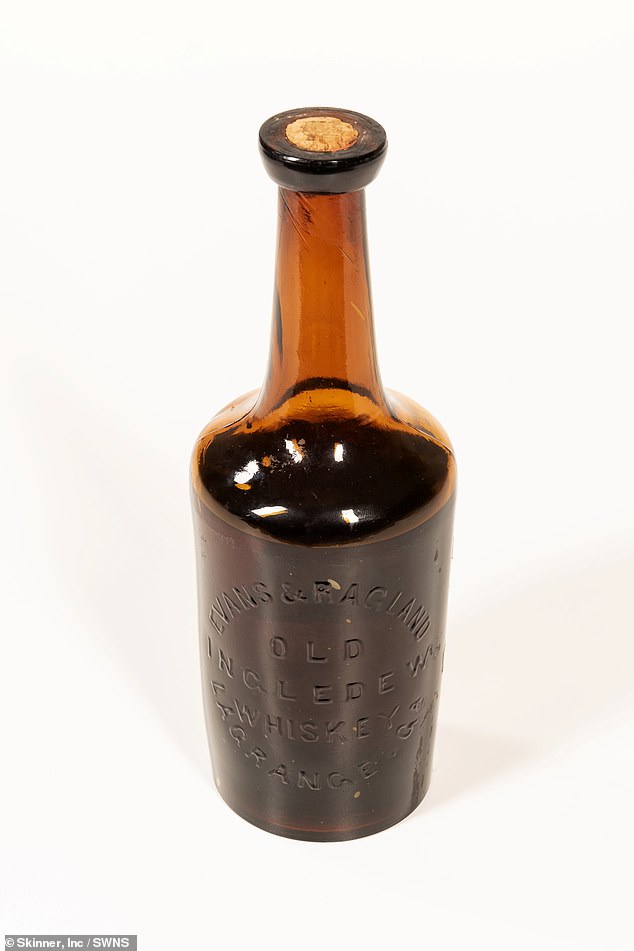 Auction house Skinner Inc. thought the bottle would only fetch between $20K and $40K 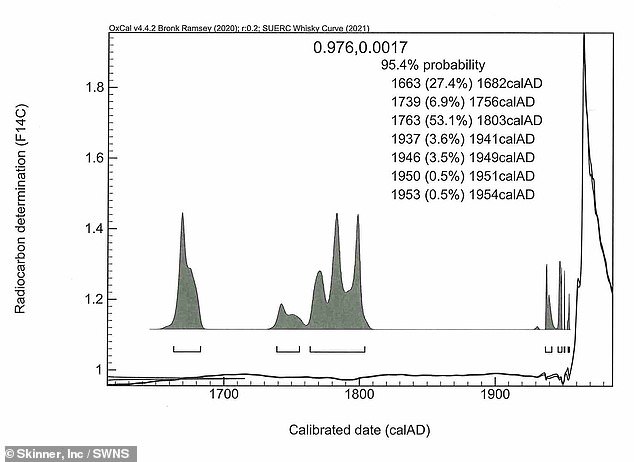 Data evaluated by the University of Glasgow says there’s a 53 percent chance it was produced between 1763 and 1803, placing it in the context of the Revolutionary War

Rex Woolbright sold it after he discovered the antique years later while rummaging through the belongings of his late uncle Logan Drake, Francis’ son, in his estate in Newberry, South Carolina.

Carbon 14 dating conducted in 2021 with the University of Georgia indicated it is most likely the liquid was produced between 1762 and 1802.

The data was evaluated by the University of Glasgow and the whiskey was determined to be Bourbon with a 53 percent probability of being produced between 1763 and 1803.

This places it in the historical context of the Revolutionary War of the 1770s and the Whiskey Rebellion of the 1790s.

In this period, it was standard practice to age spirits in oak barrels before storing them in glass demijohns (bulbous bottles with a narrow neck).